It is a documentary about the GDR, but not about the popular topics, it is a film about the opposition in the GDR, about the uprising behind the Berlin Wall. Explicitly and exciting Hava Kohav Beller portrays the development of the East German underground opposition. by Admin (17 Dec 2014)

“Fascinating…” (D. Thomson, The Washington Post) - “Brilliant…”  (C. Brinck, Süddeutsche Zeitung) - “Inescapably touching…” (S.Holden, The New York Times) -  “Riveting... The final moments are s exhilarating as any you’ll see in theatre this year.” (J. Matthews, Daily News) - “Impressive, insightful…superbly documented.” (H.Hupertz, Frankfurter Allgemeine Zeitung) – “Absorbing, unflinching look at dissent and repression.” (B. Ebiri, New York Magazine)… These are comments out of film reviews in some newspapers and magazines about the film „The Burning Wall“ by Hava Kohav Beller. The film won two prices in 2002 and 2003, the Best Documentary Award 2002 of the Hollywood Film Festival and the Best Documentary 2003 of the Anchorage International Film Festival. And because of that I want to present you the film in our blog.

It is a documentary about the GDR, but not about the popular topics, it is a film about the opposition in the GDR, about the uprising behind the Berlin Wall. Explicitly and exciting Hava Kohav Beller portrays the development of the East German underground opposition. She records important dates and events which influenced the development and shows, how the attitude towards the GDR leadership changes. A lot of the later oppositionists were confident communists, they were happy about the new socialist state and some helped to build it up. But after a while, after some political decisions of the SED, after the building of the Berlin Wall and after noticing the Stasi surveillance; short: after noticing the inhumanity of the SED regime, a change was effected in the head of the people and they tried to stand up for their rights and against the state.

All these happenings and developments Hava Kohav Beller explained by conversations with contemporary witnesses, not only with oppositionists but also with former Stasi collaborators. A lot of leading figures got a chance to speak. Just to name a few: Wolf Biermann, Bärbel Bohley, Günter Grass, Stefan Heym, Corinna Harfouch and Richard von Weizsäcker. Besides that there are original shots which are really impressive.

The film begins with the process against the marksmen on the Berlin Wall, an important process for the Examination and Reappraisal of the Communist Dictatorship in East Germany and for its’ victims. After that it shows the developments after the Second World War and explains the building of the two German states. So you have a good background for the following course of the film.

For me, the film was really interesting and impressive and I can agree to all of the reviews you can read about the film. And so I would recommend it to all who are interested in GDR history. More about the film and the director Hava Kohav Beller you find here! 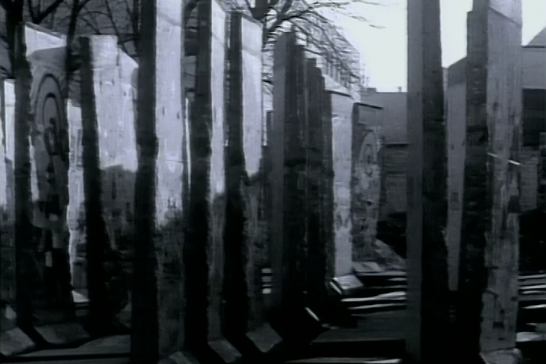 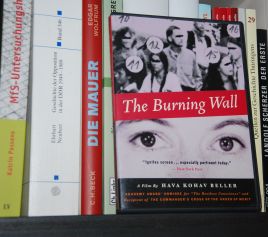