The other day, I found an interesting book in our special library at the visitor centre. It attracted my attention because of its colourful cover with the title "Berlin Wall Art".So I browsed through the book a bit and decided to write a blog entry about it.
by Admin (13 Jul 2012)

The other day, I found an interesting book in our special library at the visitor centre. It attracted my attention because of its colourful cover with the title "Berlin Wall Art".
So I browsed through the book a bit and decided to write a blog entry about it.

The second edition of "Berlin Wall Art" was published this year at the publishing house Jaron. The photographer Günter Schneider and author Christian Bahr show the development of the Wall art and make clear that this special kind of art still shapes parts of Berlin - even 20 years after the fall of the Wall.

The Berlin Wall was one of the most awful structures ever, but it was also unusually colourful and poetic. This barrier, that divided Berlin for 28 years, was always decorated with political slogans, declarations of love and fancy paintings.

The first slogans were written on the depressing Wall facing West Berlin - the free side of the divided city. They were used as an expression of protest against the scorned regime in East Germany.
However, in the eighties the Wall was discovered in the other part of Berlin- West Berlin - and changed by pop culture. The Wall was transformed from a whitewashed symbol of abomination into the world's largest surreal masterpiece. Wall art was born!

After the fall of the Wall in 1989, the brightly coloured Wall pieces became popular and were in great demand as collector's items.

Also in 1989, the people got access to the East Berlin side of the Wall.
From then on, more than hundred different artists who came from all over the world created the so called East Side Gallery which still exists today and is one of the most popular sights in Berlin!

All in all, the Wall was an extraordinary piece of contemporary art.

The book is richly illustrated and shows irretrievably lost pictures as well as Wall pieces that are still present in Berlin.

A very interesting book with informative texts and several beautiful pictures! And by the way, the texts are in German as well as in English!

If you know the book already or are going to read it - let us know about your opinion! 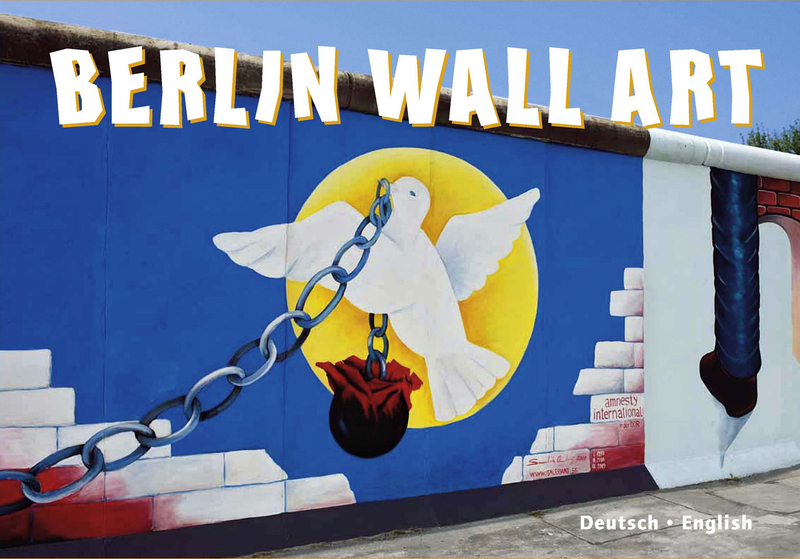