At the turn of the year 1989/90, the DDR was in a strange state of suspense. The Wall had been open for eight weeks. The old order was dissolving, a new order did not yet exist. The weightlessness of free fall prevailed. It was only a question of time when the impact would occur.
by Dr. Stefan Wolle (15 Jan 2021)

It came on 3 January 1990 with a demonstration by the old Stasi cohorts on the grounds of the Soviet memorial in Berlin-Treptow. There, in the quiet days between Christmas and New Year, provocateurs had daubed the memorial stones with anti-Soviet slogans. This came as ordered. The Russian bear was to be shaken out of hibernation. The population was shocked to realise that the old power was on the defensive, but still existed. The apparatus of state security was to continue to exist under a new name. The strange miscarriage even already had a name: Office for National Security (AfNS). In addition, a constitutional protection agency was to be created. At the Round Table, the opposition demanded the dissolution of the Ministry for State Security (MfS) without replacement. In the district towns, people had already set a good example. But in the Stasi headquarters, in the forbidden city in Berlin-Lichtenberg, the lights were still on. People suspected that the shredders were turning there, material and money were being moved aside and traces were being covered. 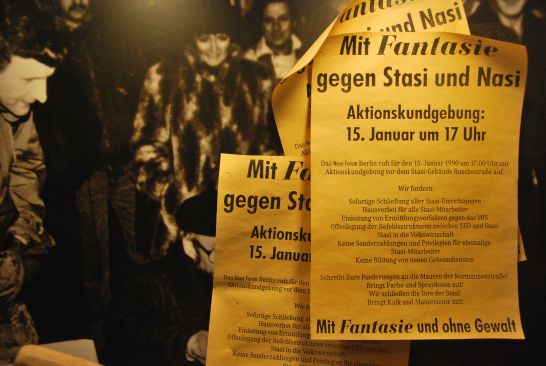 The Demonstration and the Founding of the »Normannenstraße« Citizens' Committee

On 15 January 1990, the New Forum opposition movement called for a demonstration in front of the MfS building complex in Ruschestraße. Symbolically, the gates were to be bricked up. More people than expected came on this cold winter evening. The mood was explosive. »Stasi out!« chanted the masses. Some climbed over the heavy iron gates. Then suddenly the gates opened. After a moment of shock, thousands poured onto the grounds. Were they walking into a trap? Was the advance of the demonstrators organised by the Stasi itself? Visually impressive destruction spoke for it. Paper rained from the dark windows and some flower pots and office furniture probably flew onto the pavement. The otherwise sleepy GDR television interrupted the current programme and broadcast a special edition of »Aktuelle Kamera« television news programme. The political message of the programme was: Chaos and destruction are imminent. Only the security organs can still protect us. If this was the political intention, it went completely wrong. The storming of the Stasi gave new impetus to the democracy movement. The revolution had learned to walk. On the night of 15-16 January 1990, the »Normannenstraße« citizens' committee was formed. The next day, the first meeting of the »Security« working group of the Central Round Table took place in the same lecture hall where Erich Mielke, the head of the State Security Service, had previously tormented his staff with hours of speeches. A few days later, the country's most secret archives were opened for the first time. The time of the Stasi was over.

In an episode of »Ask Dr. Wolle«, the scientific director of the DDR Museum talks about his experiences surrounding the storming of the Stasi headquarters on 15 January 1990. In this context, he also presents the game »Stasi–over and out!«, which Playing History developed in cooperation with the DDR Museum and the Stasi Records Archive.

You can see all episodes of our series »Ask Dr. Wolle« on our YouTube channel. 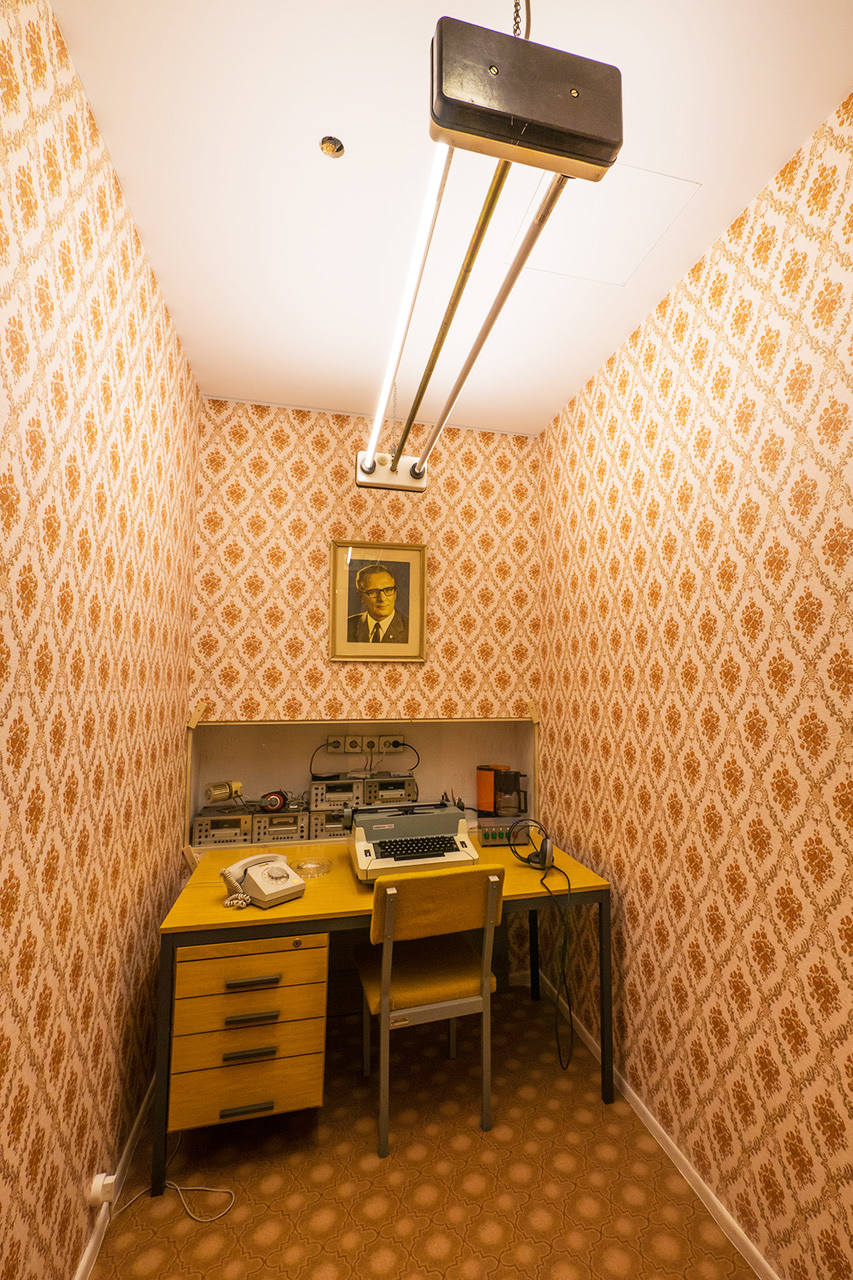 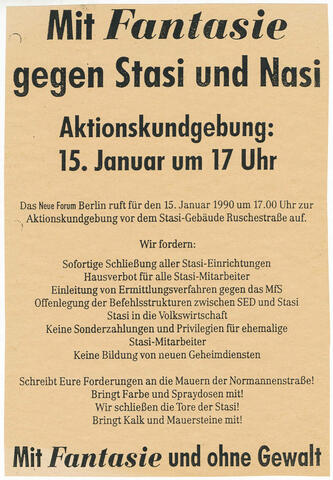 Which dishes should be on the menu of our new restaurant Domklause?

10 popular places in the exhibition of the DDR Museum