»Sibylle« was THE magazine for fashion and culture in the GDR and always quickly out of print. The magazine's standards were high-quality fashion photography, unique cuts including patterns and sophisticated texts. A must for fashion-conscious and culturally interested people. We present the magazine and show copies from our collection.
(11 Mar 2022)

For women in the DDR, »Sibylle« was both an inspiration and an illusion. Artistically sophisticated photos by well-known photographers such as Roger Melis, Günter Rössler or Sibylle Bergmann adorned the pages. Models wore chic clothes that were often not available in stores and seemingly evoked utopian longings in the readers. »Sibylle« provided the material for dreams: thanks to the numerous patterns included, the fashion-conscious woman could tailor the clothes of her dreams. Fashion photos served as inspiration – off-the-peg clothes were never presented. But the »Sibylle - Zeitschrift für Mode und Kultur« (Magazine for Fashion and Culture) was – as the name suggests – not only filled with fashion, but also with art, literature, travel and theatre. Portraits, essays and interviews with interesting personalities were of a high journalistic standard. Disillusioning things like diet tips were not to be found in return. Both in the photos and in the texts, the makers of the paper had high quality and content standards.

»I promise you that I will have my eyes everywhere – in Prague and Florence, in Warsaw and Vienna, in Moscow and New York, in Peking and London – and always in Paris. Of course, I know very well that in the past you have been treated a little, well, let's say step-motherly. There wasn't always what you wanted to buy, and what there was to buy, you didn't want...« the magazine's namesake wrote to her readers in the first issue in 1956. So it happens that now and then the government puts a stop to it: issues are not allowed to go to press because of provocative use of blue jeans or too-short mini-skirts. This is another reason why the founder of the fashion journal, Sibylle Gerstner, who studied fashion design and painting in Berlin and Vienna, was forced out of the editorial office six years after its first publication: Her style was too French, too playful. Her signature has nevertheless remained, if only because she gave her name to the magazine. 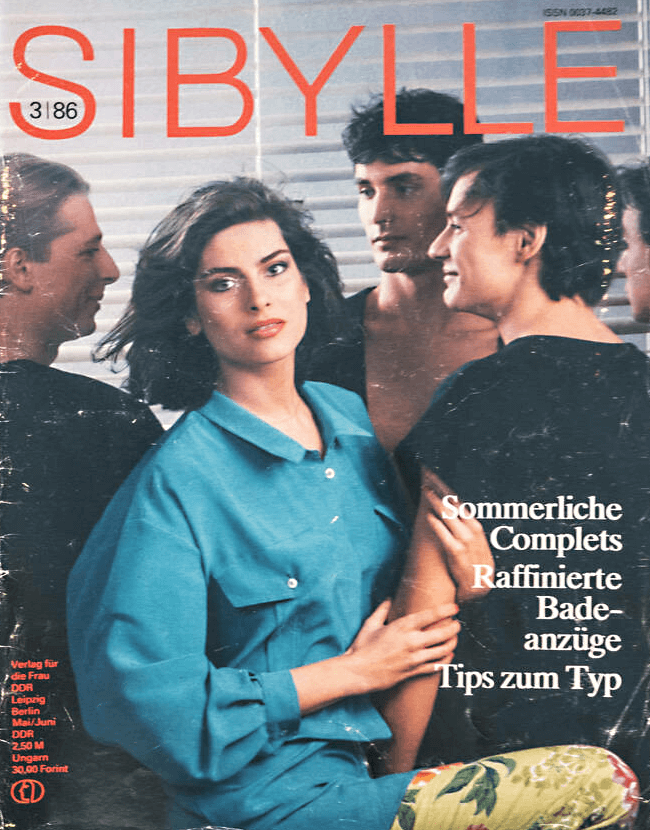 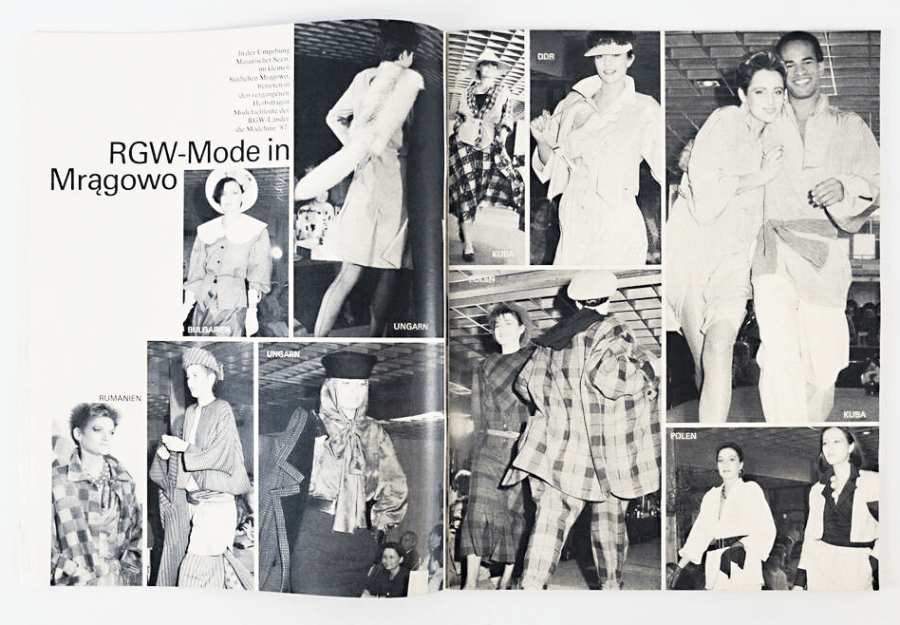 The reader of »Sibylle« was not exclusively the typical DDR woman who, in addition to a full-time job, had children and a household to take care of and little time for reading or dressmaking. The magazine also appealed to fashion-conscious intellectuals, especially because of its feuilleton and its extravagance. Not everyday fashion filled the pages, but fancy evening dresses and chic gowns – the extraordinary, in other words. The means available in the DDR were improvised; railway stations, warehouses and everyday places served as photo locations. There were no stylists, the models themselves were responsible for their appearance. Naturalness of the poses and the surroundings were the main credo, because the aim was to encourage people to dream in the grey reality.

The magazine cost 2.50 marks and appeared six times a year. The circulation of 200,000 copies was not nearly enough. The magazine was quickly out of print and hard to get hold of. It was customary to pass the magazine on to friends, colleagues and acquaintances, along with the coveted patterns. First published by the Modeinstitut Berlin and later by the Verlag für die Frau publishing house, the journal was a permanent hit in the DDR. However, »Sibylle« did not survive reunification; despite all efforts, financial reasons led to the magazine's demise in 1994.

However, it is worth taking another look at the magazine during Berlin Fashion Week and being inspired by the extravagant charm of »Sibylle«. The artistic images made the magazine the avant-garde of fashion photography and the vogue of the East. 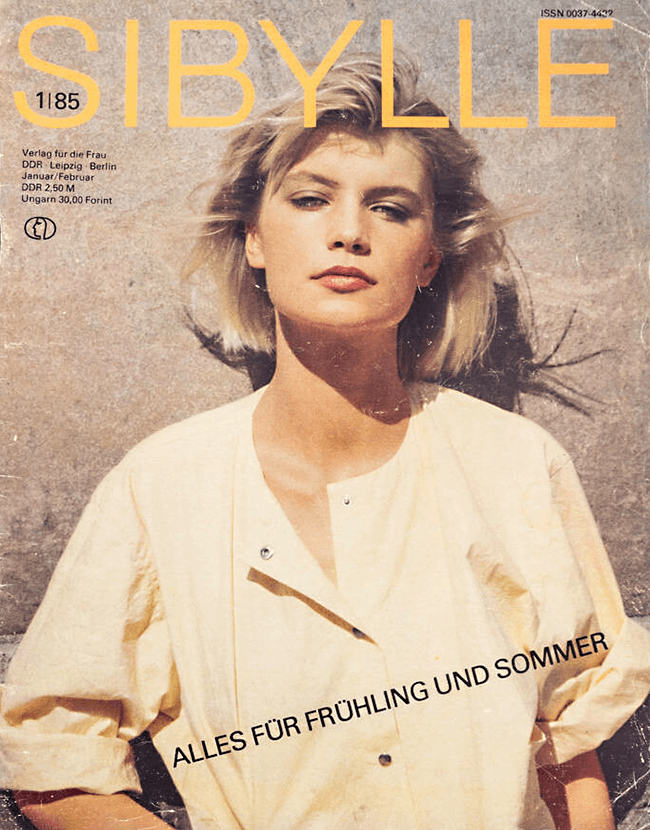 Further editions of »Sibylle« in the collection of the DDR Museum 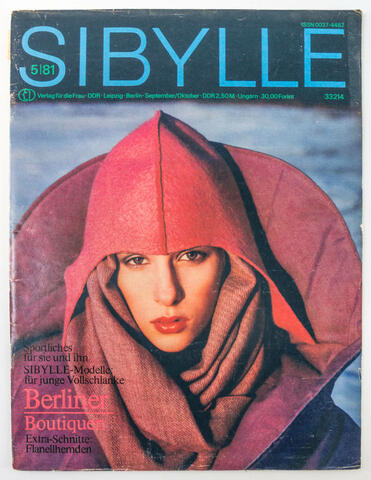 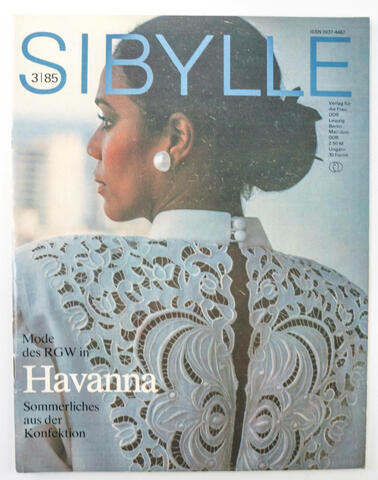 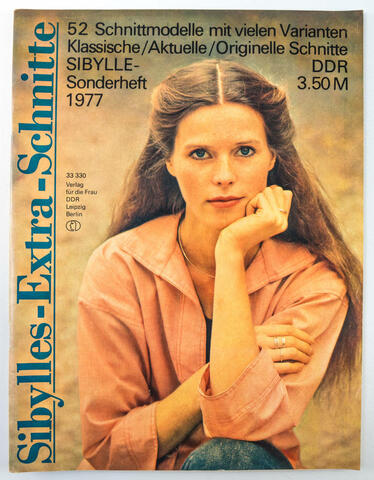 Interview with Paula Kirby on “The View East”