What began in 1952 as a mass organisation for the leisure activities of young people increasingly developed in a paramilitary direction. From the mid-1970s, the Society for Sport and Technology (GST) called itself the »socialist military organisation of the GDR« and took on the military education of adolescents. by Vanessa Jasmin Lemke (6 Aug 2020)

As a young person in the DDR, anyone who wanted to do sport shooting, sparking, parachuting or gliding could not avoid the Society for Sport and Technology (GST). Many of the activities offered by the GST, such as diving or gliding, were only possible within the framework of the mass organisation because of the potential danger of escape from the DDR. Originally, however, the organisation, founded on 7 August 1952, was intended to serve the general communal leisure activities of adolescents and to train their technical knowledge and skills. Shortly after the end of the Second World War, the militarisation of all levels of society was not yet on the agenda of the SED rulers, or at least it was not yet so aggressively propagated. However, the GST was not able to maintain the character of a normal mass organisation for the leisure time organisation of young people for long, as the events of contemporary history, such as the formation of the military alliances NATO and the Warsaw Treaty and the founding of the National People's Army, also influenced the orientation of the GST. 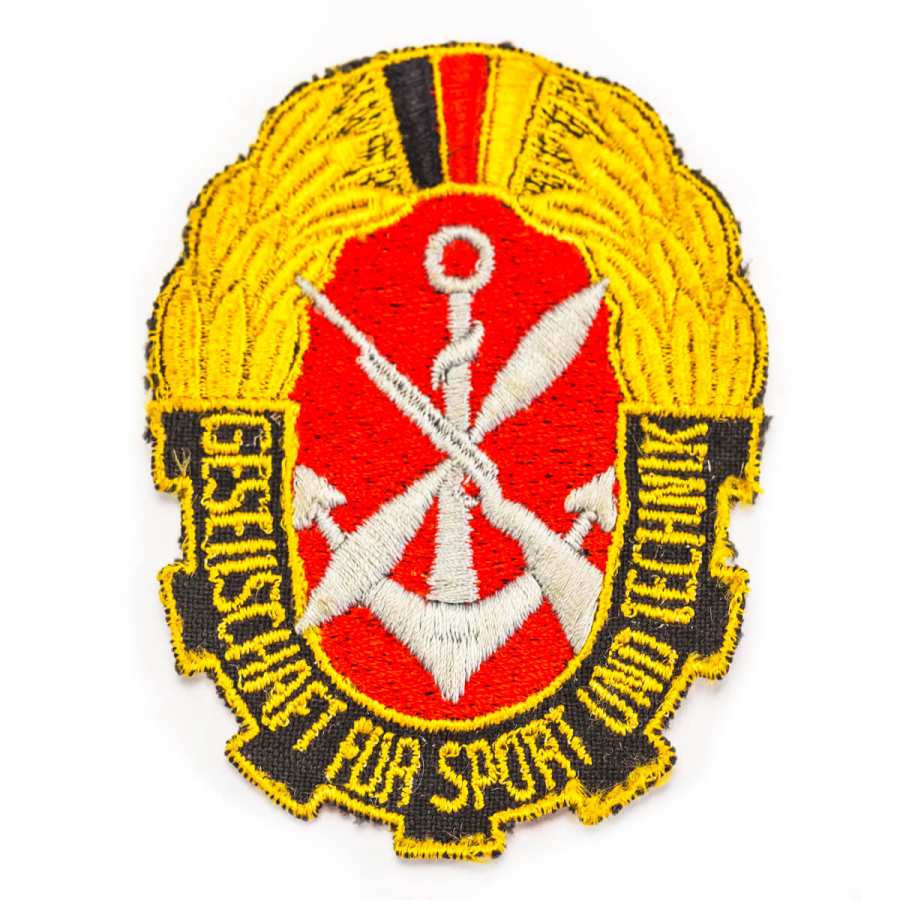 Military Sport and Military Education – Militarisation of the GST

Increasingly, the Society for Sport and Technology focused on military sport and military education; it was regarded as the »school of tomorrow's soldier«. The organisation of the GST was also military; from the early 1960s, members were given uniforms with corresponding ranks and medals for good performance. The GST's executive boards were staffed full-time by military-trained personnel, usually former professional soldiers of the NVA.

Many young people became members of the GST because of the opportunity to obtain a driving licence there at low cost. In the 1980s, for example, it was possible to obtain a motorbike licence for 58.60 marks or a lorry licence for 75.00 marks. Officially, the graduates of the driving training were supposed to start their service in the NVA later and serve as long as possible. The brochure »Soldat am Lenkrad« (Soldier at the wheel) from 1987, which was published by the central executive committee of the GST, deals with the training to become a military driver. The slogans in the brochure, such as »Our military service – service for peace« or »We keep the enemy under control«, correspond to the style of the time and the self-image of the military state. 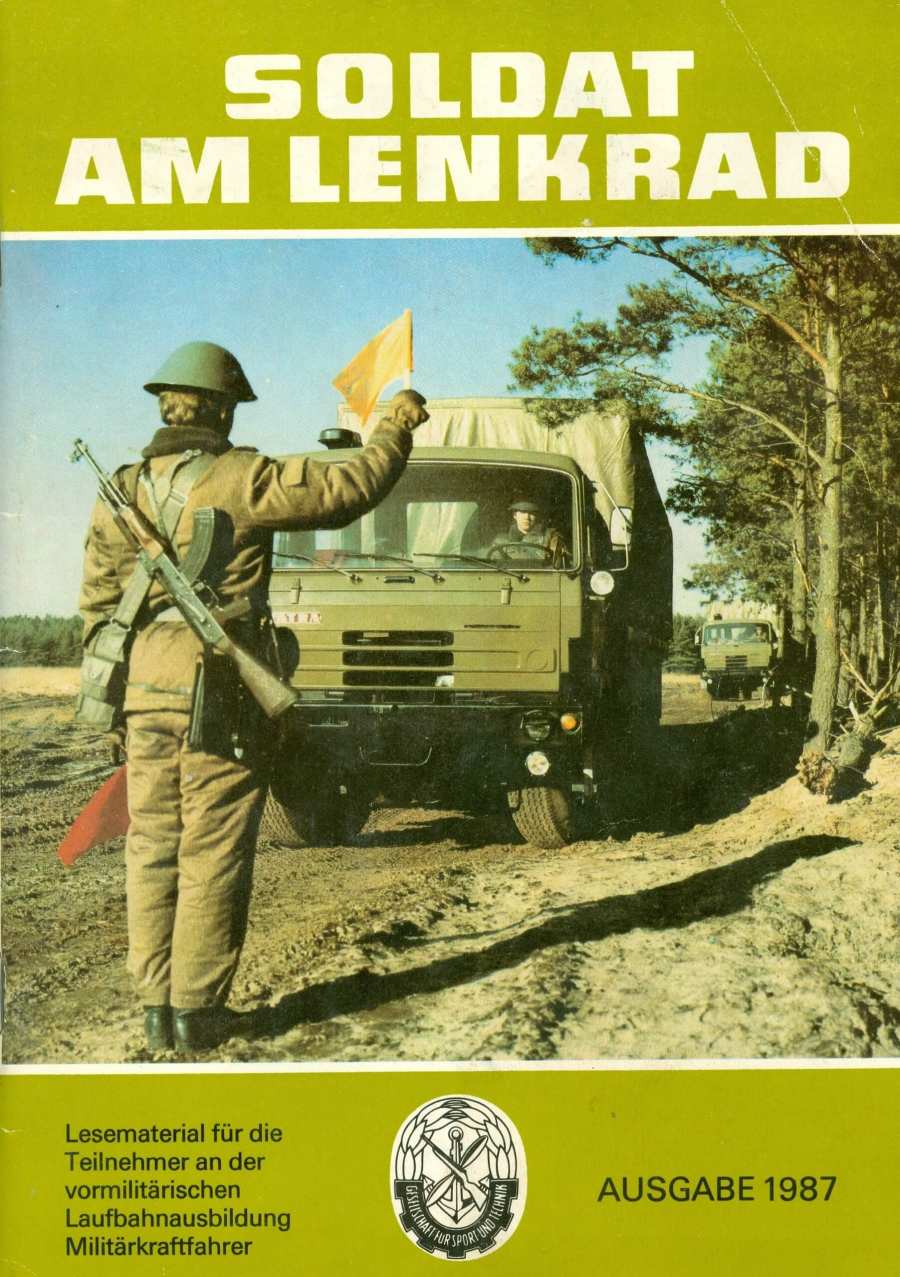 Wehrspartakiaden and magazines – activities of the GST

The regularly organised Wehrspartakiaden offered members of the GST the opportunity to compete with others in military sports. In our collection we have a certificate of the Wehrspartakiade of the district Dresden from 1982, which was awarded for the 2nd place in the military all-around competition. The GST also published various magazines. The best-known magazine was the monthly »Sport und Technik«. The issue from our collection shown in the photo dates from the founding year of the GST and was available for purchase for 50 pfennigs.

In the 1980s, the GST had more than half a million members, who were divided into almost 10,000 local sections. It became increasingly difficult to recruit young people for the NVA, and the stagnation in many areas of society did not stop at the Society for Sport and Technology. In spring 1990, the organisation, which was no longer up to date, was finally dissolved. 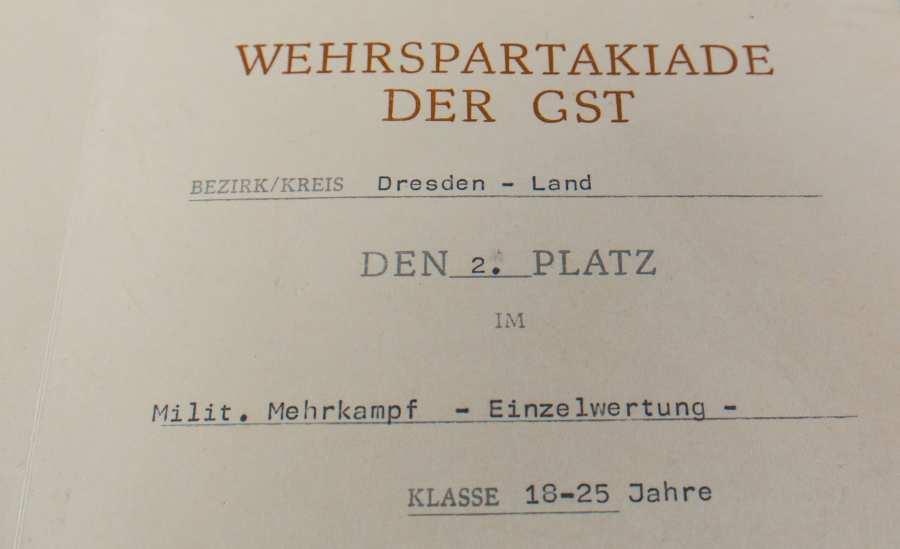 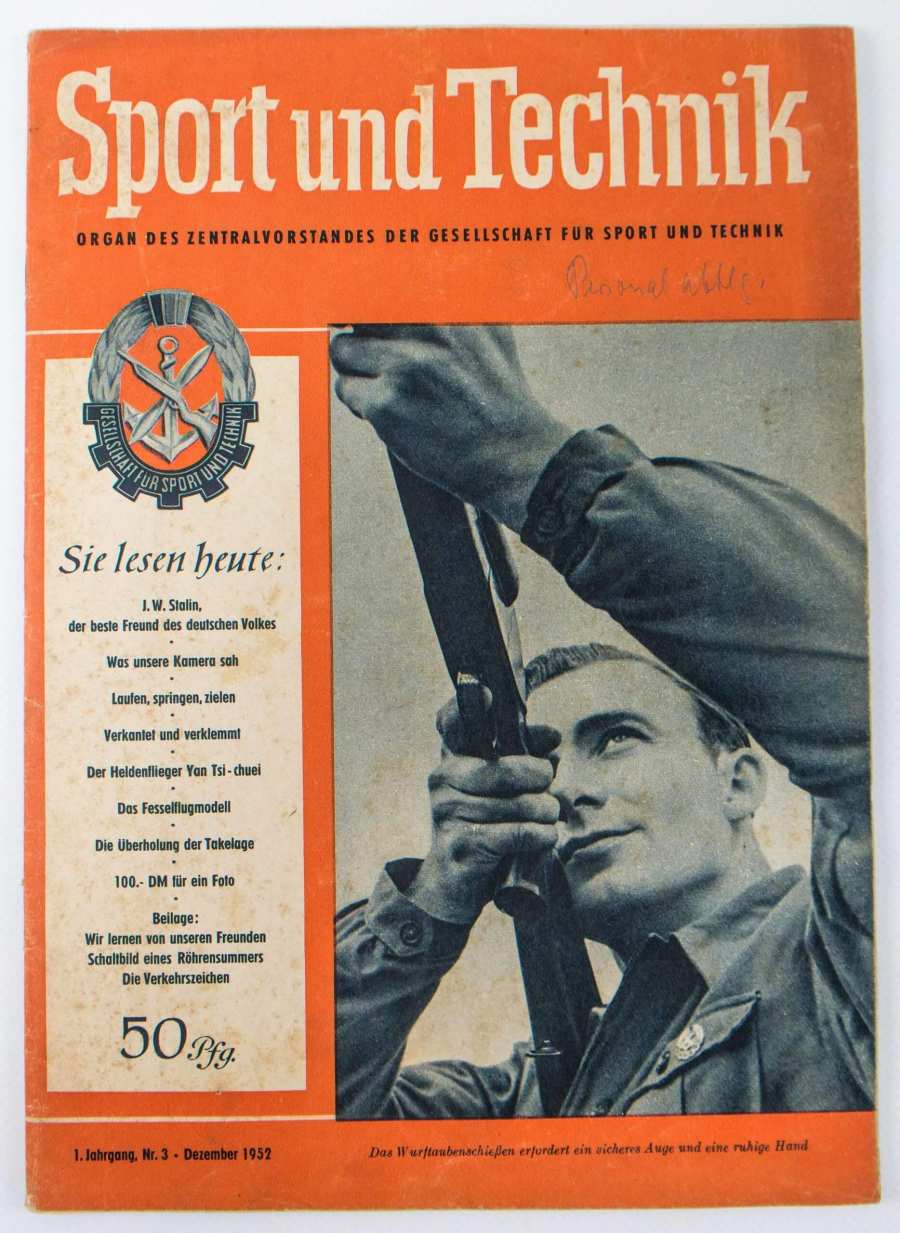 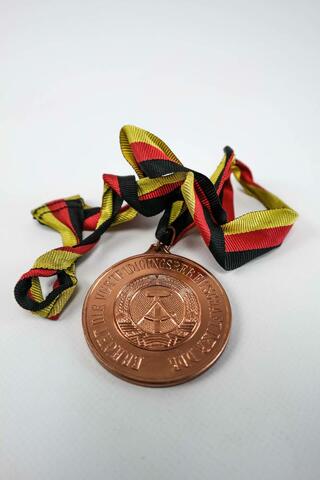 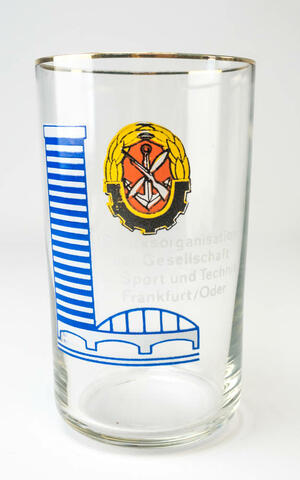 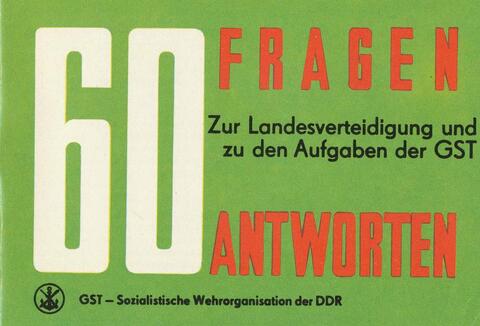 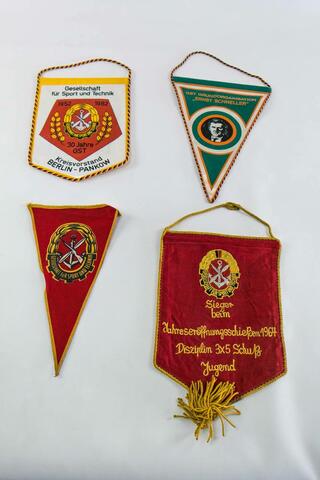 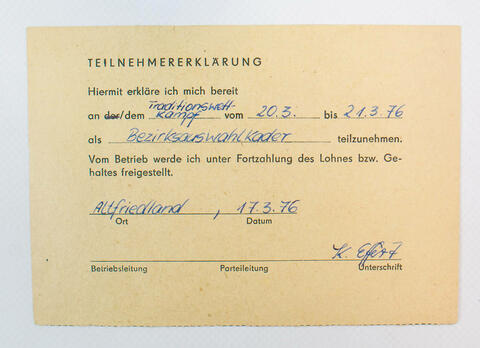