The post-war period was marked by many changes. While the three western occupation zones were moving towards a market economy, in the territory of the Soviet occupation zone, later the GDR, several administrative reforms as well as agricultural collectivisation measures were carried out in the course of establishing socialism.
by Jörn Kleinhardt (23 Jul 2015)

On the orders of the Soviet occupiers, the five states of Mecklenburg, Brandenburg, Saxony, Thuringia and Saxony-Anhalt were formed in the eastern part of Germany after the end of the Second World War. The Free State of Prussia, which had covered large areas of Germany in the pre-war period, was dissolved by order of the Allied victorious powers through Control Council Law No. 46 in 1947. In the view of the victorious powers, this was an essential part of the democratisation of Germany.

After the GDR was founded on 7 October 1949, the five previously formed administrative units were maintained for the time being. In 1952, the SED proclaimed the establishment of socialism in the young state, which was to be restructured according to the Soviet model. For this purpose, in the opinion of those in power, it was necessary to further split up the five federal states, as one wanted to avoid too much independence of the local authorities with such large administrative units. Thus, a total of 14 districts were created from the five federal states. Starting from the north, the state of Mecklenburg was divided into the three districts of Rostock, Schwerin and Neubrandenburg. The centre of the GDR, consisting of the former states of Saxony-Anhalt and Brandenburg, became the six districts of Magdeburg, Halle, Potsdam, Cottbus, Frankfurt/Oder and Erfurt in the course of the reform. Part of the former Thuringia was also added to the latter. The southern states of Thuringia and Saxony were transformed into the districts of Suhl, Gera, Leipzig, Karl-Marx-Stadt and Dresden. East Berlin had a special status due to the Allied occupation, but was treated like a district by the GDR authorities.

In our collection there is a plastic map showing the fourteen districts of the GDR with the corresponding coats of arms. The relief-like representation of the surfaces and elevations on the national territory is particularly interesting. The map was produced by the VEB Kombinat Geodäsie und Kartographie combine. 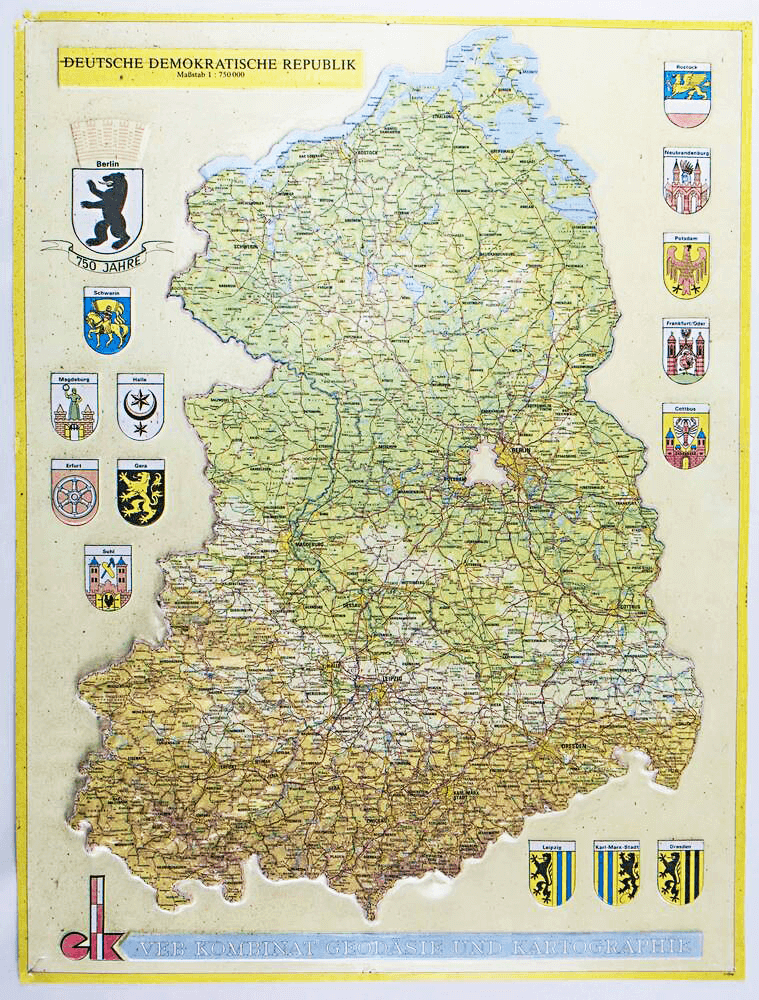 Agricultural collectivisation in the GDR

The year 1952 was not only decisive because of the administrative reform. During the same period, the collectivisation of agricultural land was also pushed ahead. Here, too, the Soviet collective farms served as a model for the agricultural production cooperatives (LPG) typical of the GDR. Under the slogan »Junkerland wird Bauernland« (Junkerland becomes farmer's land), a consolidation of production areas was pushed forward, which urged many farmers to join the LPGs. In the summer of 1960, collectivisation was considered complete.

Numerous posters from this period are available to us and are emblematic of this development in the early years of the GDR. Slogans such as »The future belongs to socialism« and »We will live better through our plan« correspond to the common language of the time, while the printed graphics predominantly resemble the style of »socialist realism«. 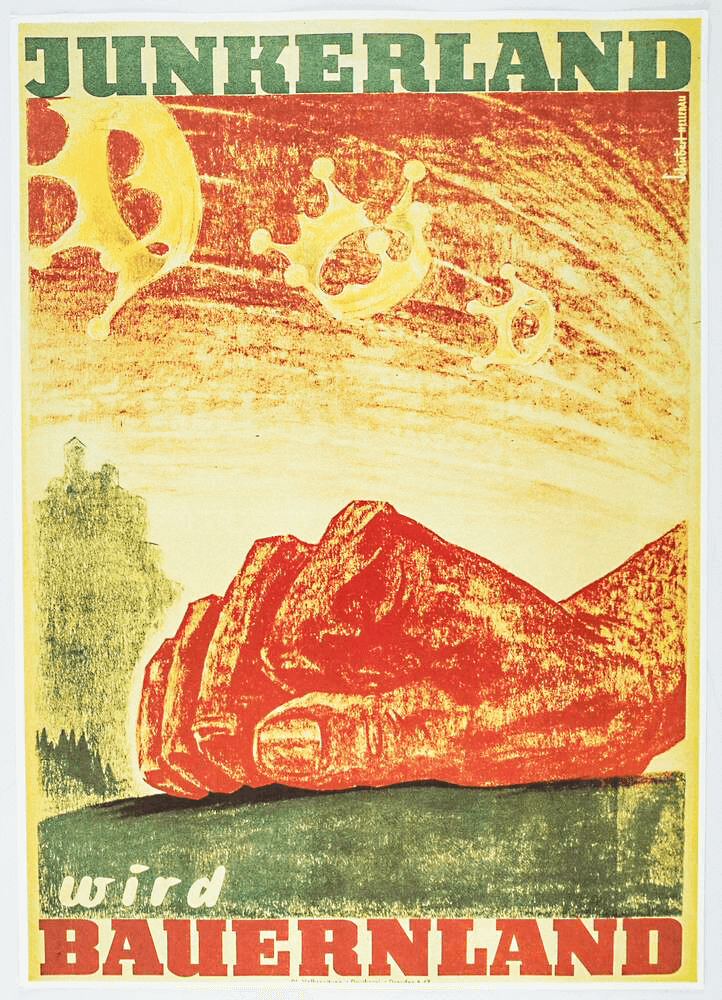 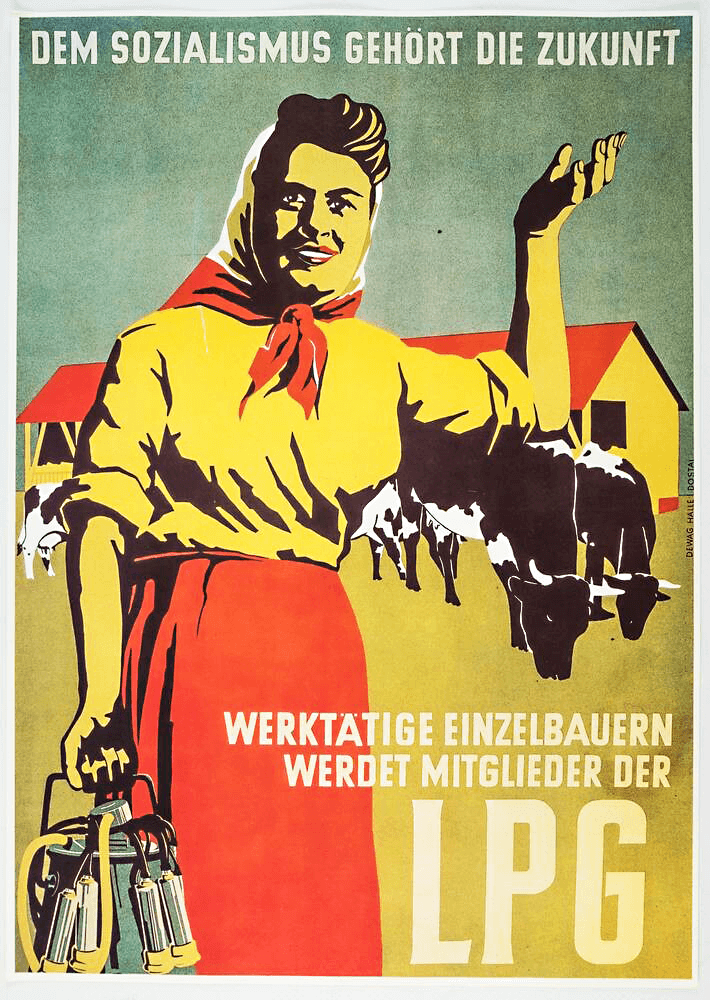 Other thematic objects in the collection of the DDR Museum 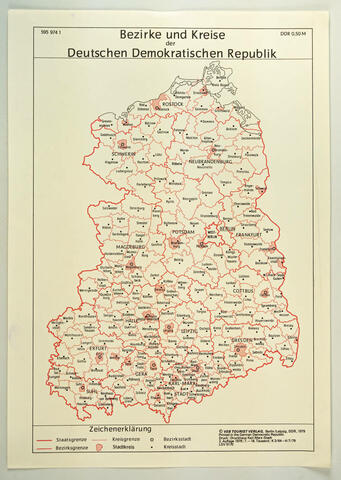 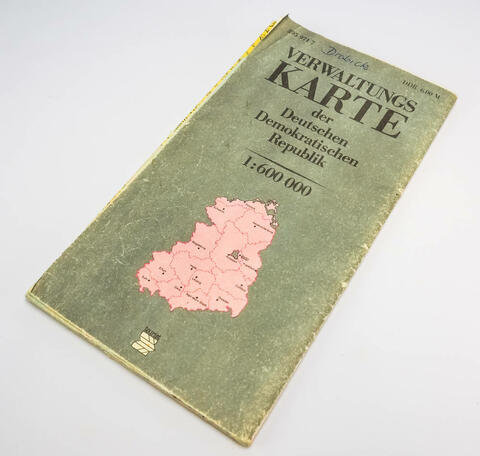 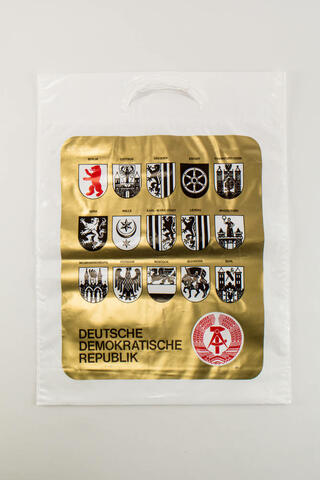 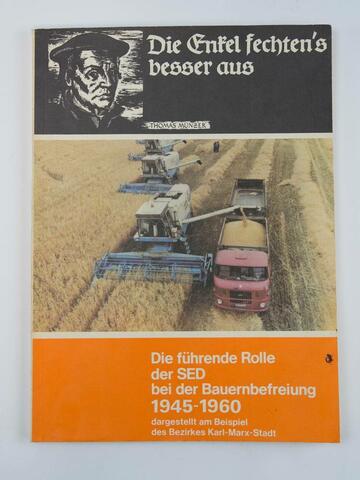 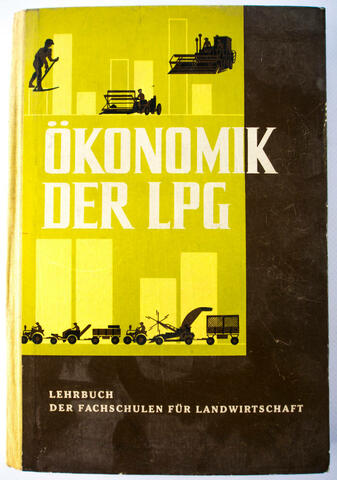 Lenin and his reflection in the GDR